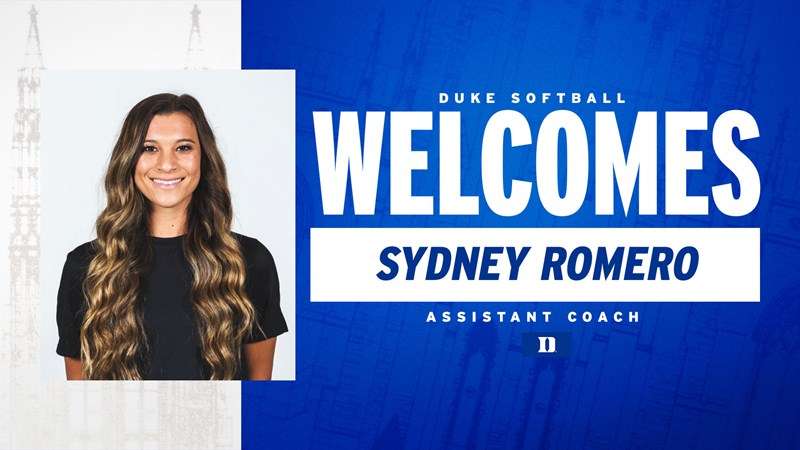 Romero will serve as the team’s hitting and infield coach.

“Who better to help take our program to the next level than someone who has won two national championships as a player and two more as a coach than Sydney Romero,” Young said. “She is one of the brightest young coaches that embodies our core values, is passionate about player development and brings a championship mindset as a proven winner. I know Sydney is going to have an immediate impact on our players and I am thrilled they get to learn from one of the best to play the game. We look forward to welcoming Sydney to Durham.”

Romero joins the program after serving as a graduate assistant coach at her alma mater, the University of Oklahoma, for the past two seasons, following her prolific collegiate career.

“I am really excited for this opportunity to working alongside Coach Young,” Romero said. “I am so appreciative to be a part of this prestigious university. I can’t wait to represent this program and get to work. Go Duke!”

As a graduate assistant at Oklahoma, Romero helped the program win back-to-back national titles, with the latest coming last month. Oklahoma’s staff was named the 2022 National Fastpitch Coaches Association (NFCA) Division I National Coaching Staff of the Year, after going 59-3 overall on the season.

In addition to serving as a graduate assistant, Romero has continued to play softball professionally, competing with Athletes Unlimited since 2020. Prior to her time with AU, Romero was the third overall pick in the 2019 National Pro Fastpitch (NPF) Draft by the USSSA Pride, where she was named to the 2019 All-NPF Team.

A highly accomplished collegiate athlete, Romero made waves in her time as a Sooner, earning two first team All-America selections and winning two national championships in 2016 and 2017. Romero was named the 2019 Big 12 Player of the Year and was a top-three finalist for the USA Softball Collegiate Player of the Year award in the same season. She finished her career as the program’s all-time leader in at-bats and doubles.

A native of San Diego, Calif., Romero recently finished her master’s degree in adult and higher education with an emphasis in intercollegiate athletics administration, from Oklahoma. Romero also earned her undergraduate degree from Oklahoma, majoring in criminology. Romero comes from an athletic family, as her sister Sierra was a three-time softball All-American at Michigan, and her brother Michael is set to begin his collegiate baseball career at LSU in the fall. 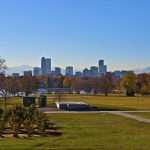